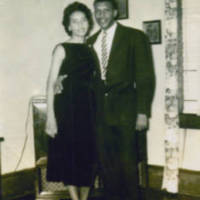 Nathaniel Lowery (aka "Nat the Cat") worked as a DJ at  WWIT radio station in Canton during the 1950s. He had a large fan base of multiracial listeners, during the height of the segregationist sentiment in the South. Through the use of a mutual interest in music he helped to bring the black and white community together in Canton.

His family also has ties to the desegregation movement in Haywood County. His wife, Alice, was partially responsible for the integration of the Colonial Theatre in Canton.

Nat also worked at Champion Paper Mill, which was another staple of the Canton community.  The mill was responsible for employing many Haywood County residents regardless of race or ethnicity.

Between his involvement in the radio station, the desegregation movement, and the Champion Paper Mill, Nathaniel Lowery created strong ties to the Canton community which he is remembered for today. Not only was he well known throughout the community, but he contributed to racial cohesion in the community through his radio show.  This exhibit is created in an effort to honor the ties that Nat the Cat created.

Alice Lowery: Sparking Change One Theater at a Time 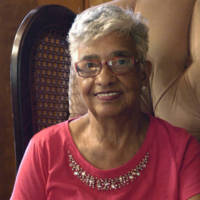 Segregation is a shameful part of North Carolina history. Western North Carolina was not an exception. The amount of change a single person can make in a community can be drastically underestimated. North Carolinian and Canton resident Alice Lowery is a prime example of the impact a simple action may have on a community and its race relations.

In the early 1960s, Alice Lowery decided to attend a movie at the historic Colonial Theater in Canton with her daughter. This was a bold decision, made during a time where the racist policy of segregration prevented minority families out of public places simply for the color of their skin. However, Alice tackled the issue herself, calling the theater and asserting that she was going to attend a movie.

This assertive action shows how a single person can change the views of a community. The theater's manager decided to allow her and her daughter to stay after her insistence. Today, the Colonial Theater can be attended by any and all members of the community.

An understanding of the struggles African-Americans encountered concerning public spaces, like theatres, during the era of segregation is an important component of the fight against racism and race relations today. In order to emphasize the impact a single person and a small act of resistance can have, the story of Alice Lowery's determination can be referenced as a beacon for those attempting to improve race relations today. 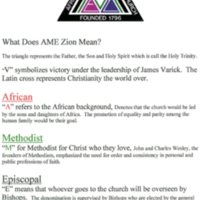 The African Methodist Episcopal Zion Church has been a significant religious institution for African Americans in North Carolina and throughout the United States. The church was formed out of the Methodist Church in 1816 in response to the segregationist policies preventing equality in worship. The AME Zion Church provided African Americans a community and culture in which they could worship freely and enjoy social customs without the condescension of segregation.

Several historical figures worked hard to unify African American Christians under the AME Zion church. One of these individuals, J. W. Hood, a missionary born in Pennsylvania, came to North Carolina in 1863 to convince African American congregations to associate with the AME Zion Church. He was successful in doing so in New Bern and Beaufort.

Moving west across the state of North Carolina, in the 1880’s, the Waynesville Methodist congregation split over these same issues of separation. It took until 1922 before the Jones Temple AME Zion Church congregation got a formal building for worship, but this building still stands today in Waynesville and is a beacon of the African American community. Jones Temple has been under the leadership of Reverend William E. Staley since the 1990s.

Breaking Down Barriers: The Desegregation of Haywood County Schools 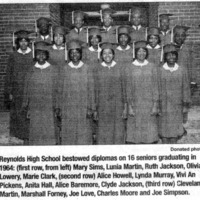 One of the most well known components of segregation in the South in the twentieth century is the segregation of public schools. Reynolds High School, Tuscola High School, and Waynesville High School are all schools in Haywood County, North Carolina, that underwent the struggle of desegregation. Looking through the The Pigeon Community Multicultural Development Center’s archives certain images, people, and articles exemplified overcoming adversity, racism, and changes in school administration and studenty body demographics.

Desegregation was enacted by the Supreme Court ruling of Brown v. the Board of Education in 1954.  This decision sparked outrage and rejoice, depending on who one asked.  This uprooted the norms of school systems across the nation.  Although this ruling passed in 1954 it was not enacted in North Carolina until the mid to late 1960s.  Nation wide desegregation was not done as quickly as people had hoped; the school systems decided when to enforce the Brown v. the Board of Education. This historic ruling overturned the notorious Plessy v. Ferguson ruling which enabled state funded schools to practice segregation as they pleased, so long as facilities were "seperate but equal."

Despite the large amount of research conducted towards school integration, there are still missing pieces to form a complete and coherent exhibit on all Haywood County schools. More archival research is needed to complete a full portrait. The following documents hopefully will help encourage and inspire further research into the matter. 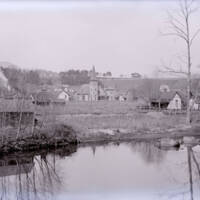 Frank Fry was a mining superintendent and hotel owner in Swain County, North Carolina. This exhibit features several of Frank Fry's photographs and the research from Dr. Mae Claxton's English 661 class regarding life in Western North Carolina in the turn of the 20th century. 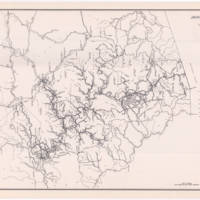 Jackson County, NC has several small and large communities, many of which no longer appear on modern maps. Despite this, these communities are important to those who live in them and have fascinating stories that leave important legacies in Jackson County. Jackson County has had a total of 84 post offices over its history that range alphabetically from Addie to Woods, dwindling down to only 10 today.

Jackson County was a world unto itself for much of its history. Robert Blanton, who grew up in Beta in the 1930's, said, when he was growing up, he "didn’t think the county went farther than Sylva. Well, I did know about Canton – we’d hauled pulp wood over there." This shows the small and tight-knit atmosphere of the communities in Jackson County in the early 20th century.

This project examines these small communities in Jackson County by using historic maps, photos, oral histories, and other written sources to learn about these historic communities and be able to tell their stories now that they are mostly lost to modern maps. 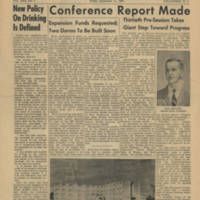 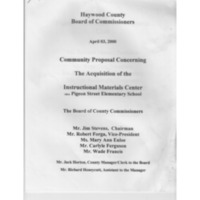 In 2000, the Pigeon Community Development Club formed for the purpose of creating and managing a community center at the site of the former school that served the Waynesville African American community prior to the desegregation of Haywood County Schools in 1964.

This exhibit will explore the creation of the center, its successes in creating popular programming to serve the community, and its impact on the greater Waynesville area.

The Life and Legacy of Elizabeth Haley 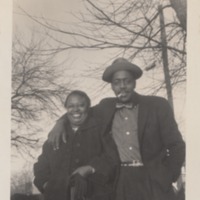 The realities of racism and public policy in early-to-mid twentieth century Haywood County kept African Americans oppressed but Sarah Elizabeth Haley did not let that keep her down. Although Elizabeth was not involved in black activism movements, she was widely known throughout Waynesville for her amazing meals and her giving nature. Her chocolate upside down cake is still talked about to this day. Family oriented, Elizabeth created a legacy of strong African American women in Haywood County. She is remembered as an outstanding mother, grandmother, and friends, as well as one of the best cooks to ever grace Haywood County. Haley was able to find another social custom to foster unity between the races, southern cooking. 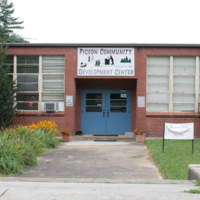 Former Reynolds School student, William McDowell, referred to the Reynolds School property as "sacred ground"; this statement encapsulates the need to preserve the African American history of Haywood County for future generations. These schools represent the fight for equality in a post-slavery and segregated society, providing a positive sense of identity for the larger African American community in Haywood County.

This exhibit consists of interviews that were conducted by students of Western Carolina University, partnered with the Lift Every Voice project of Haywood County, North Carolina. The interviews were conducted in order to document how segregation affected the former students and faculty of both Reynolds School and Pigeon Street School.  The history of Haywood County's two segregated schools have been recorded, highlighting their possible futures.